For helmet cam and barrel cam.

Best barrel cam mount for them?

Contour are geat but they have gone bust so don't know how future support there will be for their product. I use contour myself so was disappointed to see them go
Reactions: Kelv-Pedro

For the same reasons as Shane I would say contour

Ps I prefer goggle mount, it means you probably film the edge of your goggles and may get film of tree trunks or hoppers, but with a barrel mount you get a lot of film of the ground

Either way you can mount as you like & also switch
Even better if you can get multiple cameras - best of both worlds but more editing!

I bought one of these from amazon and so far been very happy - I figured £60 for something I might get shot is a fair price.

The two mounts that come with it for helmet and under gun are really good also.

niloc65 said:
I bought one of these from amazon and so far been very happy - I figured £60 for something I might get shot is a fair price.

The two mounts that come with it for helmet and under gun are really good also.

Can u link me to sum vid bud captured by it? If u dont mind. Ta

I was all set to buy a Contour Roam 2 until I found out they went under. Thankfully was recently over in Canada and managed to pick up a new R7 Replay 1080 for a really good price (a fraction of the horrible UK price). I've been pretty damn impressed with it so far. Footage in both 1080p 30fps and 720p 60fps is very impressive, the FOV is great, although you could argue the colour is a lil over-saturated. So far I've only used in on the field with a homebrew goggle mount which I made by using parts of one of the included mounts and drilling a hole through the lense clip on my vForce Grills. Here's a pic of it: 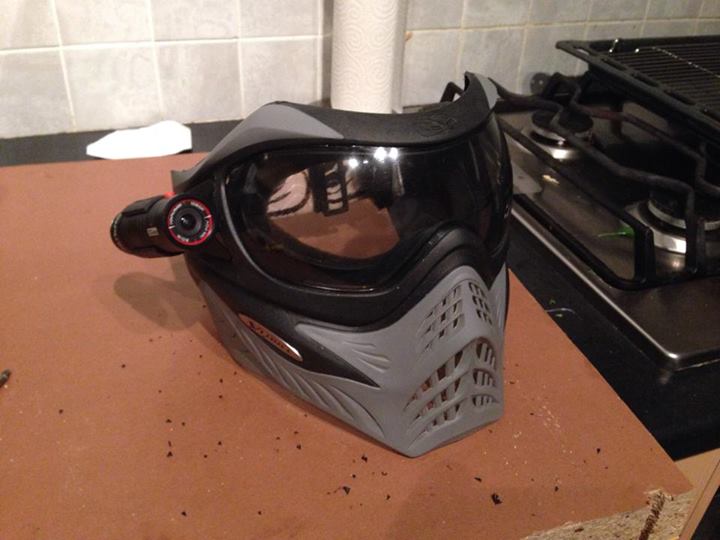 The camera is really light so I didn't find that it upset the balance of my goggles, tbh I didn't even notice it most of the time. Unfortunately the day I used it I was using my pump gun, which as it's right feed meant that the majority of the time the target I was shooting at was blocked by the hopper. I'm playing another walk-on this Sunday where I'm gonna try with the included R7 mount on my Ego. As it's the standard mount it's unable to fit on the Planet Eclipse type of feedneck. Thankfully it's possible to clamp it onto the loader feedneck. Here's a pic of how that looks: 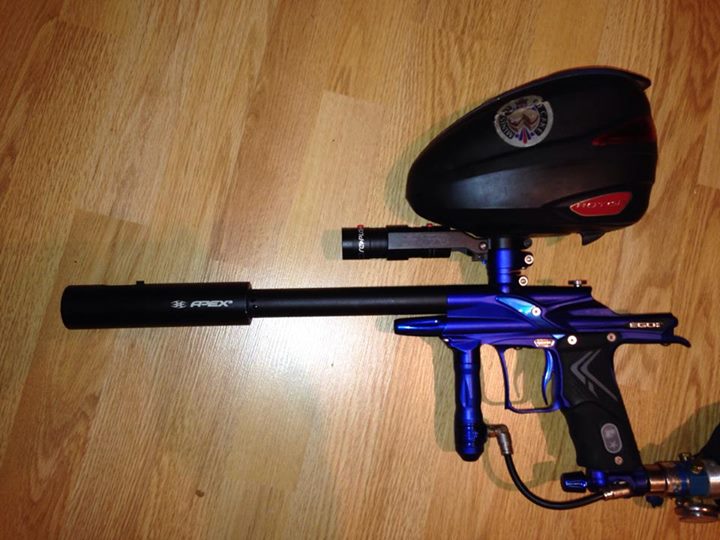 The included 4GB micro SD card isn't enough space. Although the camera has a battery life of over 2hrs recording I only managed less than 40mins of recording at 720p/60fps before it was full. Thankfully I have a 32gb card on it's way. One thing that is cool about it is that the memory card structure and video files are completely compatible with iMovie on the iPad, by using the SD Card adaptor I have been able to import footage onto my iPad for editing.

Personally i wud prefer contour just cuz it has changeable batteries so u r able to record full day. but i can get replay xd1080 just for £100 and saves me some money to get sum more PB gear . as far i have seen Replay videos are pretty good so as contour !

Replay wud be more low profile where contour are more bulky

Martins fau5tz said:
Can u link me to sum vid bud captured by it? If u dont mind. Ta
Click to expand...

A quick clip in the safe zone. I've only just started using this camera, but so far its been good.

I've got the plasma lights camera it was only 100 brand new and comes with loads of accessories, quality wise its brilliant 1080p recording and good sound quality, should be plenty of videos on youtube of video quality for it
You must log in or register to reply here.
Share:
Facebook Twitter Reddit Pinterest Tumblr WhatsApp Email Link
Top Bottom