Has recball changed that much?

I've been out of the scene for quite a while now, but I was talking to a site owner who said that punters tend to be kids parties these days, and that the days of stag dos and corporate days are long gone. Is that really the case or is it still the same type of punter as it was 5 years ago? 50cal seems to be the new paint of choice there too. I never thought it would take off!

Has it all really changed that much?

It wouldn't surprise me.

I guess the problem is a lack of advertising by sites. Other than the occasional IPG desk I've not seen much attempted by sites to attract customers, other than word of mouth.

The hey day of companies 'team bonding' through paintball ended a long time ago.

Many felt that sending people out to bond by doing a set activity did build a team and bond people.


If they conducted it in a context then maybe it did, but sending the office out for a day to shoot each other would often result in dealing with underlying issues by shooting people.

That may bond some people together in a common goal of ganging up against Fred.


That does not mean that corporate days are over. Just market it differently. (Offer a nice function room for a company, provide an experience day such as going through scripted scenarios, etc)


The modern stag do is quite often bought off the shelf, complete with websites for the best man to manage the attendees:

The best man picks a list of activities, invites the individuals and they can pay an amount in monthly.

We had this for one of our guys, and his only stipulation was that as regular paintballer he was not going to have punter paintball for his stag.

It would have been cheaper to do it ourselves - but much harder work to organise everyone.

0.50" was a solution that couldn't find its feet for a while, the latest return of 0.50" began as the replacement to all 0.68" paintball and failed, but when marketed as less logistics for rental sites, and the emergence of Splatmaster low impact, 0.50" found its place in the market.

Some sites have totally transferred to 0.50", some use 0.50" for Splatmaster parties.

If takes an investment for a site to convert to 0.50". (My local timed this with a fire and the need to restock the entire business, so it was a no-brainer for them)

IPG / Delta Force are the market leader and make sure they take the lions share of the punter market.

But they are not the only people to go out there and market paintball.

I know that skirmish Bere Regis have marketed themselves in the streets (including sending someone out dressed as a splat), Kayleigh of Skirmish Bristol was recently out doing a table top display in the shops of Bristol.

Chris Malton of Southampton University / Super5ives has had me out extoling the virtues of paintball to freshers events.

Many sites, either individually or as part of umbrella brands such as Skirmish are doing their own bit either publically or in advertising campaigns.

A particular businessman markets his sites by advertising jobs such as 'paintball pain tester' and gets free national publicity from the papers.

And that's a conservative estimate.

The Joseph Stalin school of moderating.

So on avarage we are now in the negatives, IQ-wise? 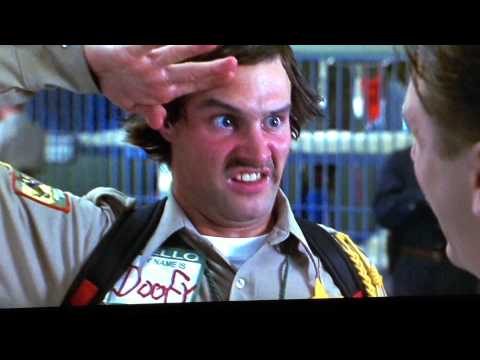