Hugo Domingues was a regular player at The Millennium events from the very beginning, last playing with Lisbon Benfica. In 2012 there was an incident which involved Hugo in a violent act against a referee. In a subsequent hearing Hugo was banned from EPBF & Millennium events for a substantial period. At the time Hugo accepted responsibility for his actions, apologised and understood why a ban was imposed.

Since then Hugo has continued to assist teams in his native Portugal and still has a great passion for our sport. There have been no similar actions at any other events that prompted his ban. Hugo has approached the Millennium with a desire to be able to once again compete in the best series in the world and to do so has offered a large financial penalty.

After much consideration and takin into account Hugo's love of the sport, assurances of no future freak moments and bearing in mind Hugo's many positive actions, the Millennium is prepared to suspend this ban & enable his return to the series. Rather than paying a huge sum we have agreed that Hugo will continue his good work with young teams in Portugal and will pay a fine of €500 which will be awarded to the winners of the first Millennium 3-man competition in Puget 2015.

Whereas The Millennium's first priority is to ensure the safety of its customers & staff, we firmly believe that lessons have been learned with the ban already served and that Hugo has earned a chance to enjoy the Millennium whilst he's still young enough to compete.

This is what Hugo Domingues had to say:

"SAUDADE it's a typical Portuguese Word that you cannot translate to other languages, but it's the most appropriate way to describe my life for the last 2 and a half years that I've been away from the Best Paintball League in the World... THE MILLENNIUM PAINTBALL SERIES.

The best way to translate SAUDADE to English words is, trying to explain when you are incomplete or missing something at the point of not feeling able to breathe properly from missing something so much... and I could be here trying to explain how hard these times have been to me for days, since I've been playing the Millennium Series from it's Beginning and only missed like 2 events since the Series started (one I got Married and was on Honeymoon and the other one my son was born)...

It's with great regret that I talk about the incident that I've been involved with the Referee, and would like to apologize to everyone involved and ask for your forgiveness.

I've always been involved in Paintball since I can remember even when we were all still in the woods Playing MEGA CAMPO, TOULOUSE, MAYHEM MASTERS, etc... I've been around for so long that I can't remember (No I do remember every game every event cause paintball is my life and my passion).

And it's with great joy that after talking with various Millennium Directors, I would like to say thank you all for the opportunity that the Millennium Board is giving me to come back and feel complete once more.

I won't let you down you have my word on it. 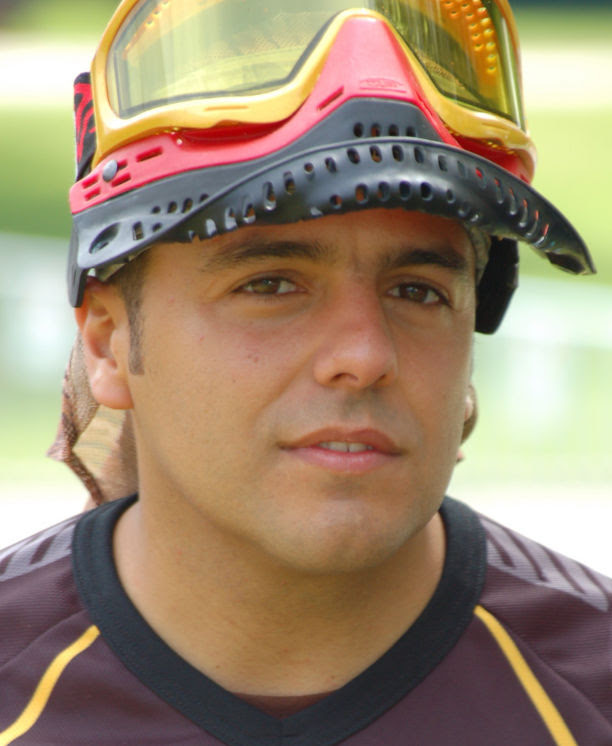 Markus Neilsen is thinking about making a comeback......a very clean player who causes no problems whatsoever.

As long as you're not playing the same event as he is.
Reactions: foot, Dusty and lettucecheesecake

Wouldn't it be better if the fine he is paying went to the Ref he assaulted?

Given that his ban was for 8 years - that is, until 2021 - and wasn't supposed to be reviewed until 2018 - this is a case of the MS not following their own rules. Which of course has never happened before.

Unless, of course, they plan on putting on something in Portugal and they need Hugo's help to do it.
Last edited: Jan 22, 2015
Reactions: Spike

I always found that the 8 year ban they handed him was a somewhat arbitrary figure - I might be wrong, but I think the Millennium rules at the time said he couldnt be banned longer than 1 or 2 years (at least every rule regarding bans had no ban-period longer than 1 or 2 years) although this was a unique case that (hopefully) had no precedent. I joked with him that he should have had number 1 on his jersey (he was always #8) as that seemed to be the only link to the 8 years he was banned for.

Whether its right or wrong for him to come back is not my place to say. Personally I'll be glad to see him again, he is one of the nicest guys I've ever met and is a good friend.

The incident was a low point for him and he is well aware just how serious the whole thing was. I dont know if he has ever spoken to the ref since, or if that ref is still working with the Millennium but we can only assume that situation has been addressed (and if not, that is a huge oversight).

The bit I dont get is that I just cant see Hugo phoning the Millennium willing to drop a huge chunk of change to come back. I'm wondering if a few different situations have all come together and this is how the Millennium have spun the outcome of all those things.

Does this mean the Millennium have gone all 'peace, love and harmony'?
Reactions: Bolter

Sorry if I sound negative, Ash, but having spent many years reffing, refs always get a raw deal.

So, does anyone know the ref in question?
S

Regardless of the individual involved ,an assault took place .A ruling was decided upon .Justice to both parties was seen to be done .Ched Evans can't get a football club to sign him and that's after he's served his sentence.When you start being more lenient than football you know you're overdoing it .Offering cash as a form of penance is just crass .Accepting any of it is even worse!! The oft used phrase "Only in paintball" could not be more apt.And people wonder why this game is not seen as a sport .....QED.
S

8 years is a long time, especially for a sport. I saw some references to football and I cannot think of a single case that is even close to Hugo's ban in terms of punishment whereas the assaults that pop up are way worse.
I am a licensed ref too and I have refereed enough to know how hard it can be at times. And trust me, we're talking about the Balkans .
Having said that, I have my opinion that the most disrespectful referees are the ones at the MS. Whether because they are supposably the best in Europe or because they simply can, often players are left with little to no explanation about some of the debatable decisions made. Don't get me wrong, in no way do I approve or justify physical assault whatsoever, however, I am able to believe that the assault was not as bad as it was presented.
All in all, he missed two complete seasons which sounds fair. Plus it is always good news to hear a good player is back in the game.
As for the financial fee imposed I guess when MS in involved, money talks... although they do not get anything so I guess it will be a good thing for the 3 man competition winners

Did anyone see him at St tropez?